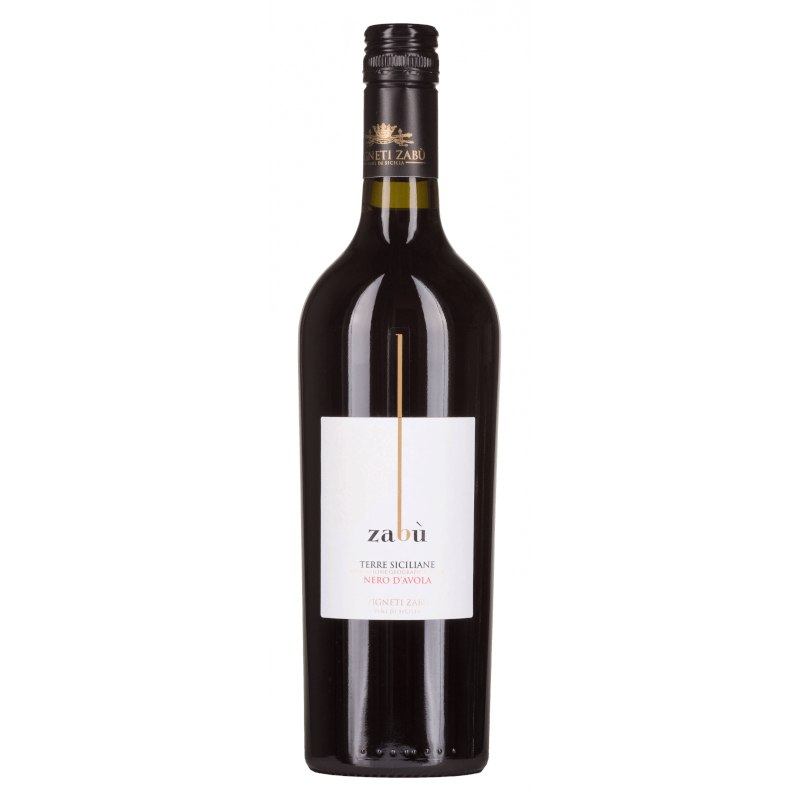 Wine of the Month
Larisa Code
Featured Wine: Zabu’ Nero D’Avola
Grape Variety: 100% Nero D’Avola
Production Zone: Sambuca, Sicily
Vintage: 2018
Vinification: Grapes are pressed lightly, maceration at controlled temperature for 10-12 days, the wine is aged in stainless steel tanks
Color: Deep Ruby Red
Price: Around $15
When I was a little girl, we lived in an area of Pittsburgh, PA, called Regent Square. It was a great little neighborhood; we could walk to shops and for the most part there were plenty of nice kids to play with. But, rather than play with the kids, I was drawn to a sweet elderly woman named Mrs. Osso. She lived in a grand house on the corner, with a large stone porch, alone, a widow. She was always baking me walnut filled flakey treats and cupping my face with her soft, aged hands, telling me how beautiful I was, with her heavy Eastern European accent. It was across from her house where I sold vegetables from our garden, a little stand my dad set up for me. It was in her backyard that I smelled roses, picked flowers and giggled with her. She made me feel safe and accepted. She wasn’t mad when I found a tiny screw driver and went to all of the homes on the street and took apart their doorbells. She was mad when the mean boys across the street chased me with lassoes. She only giggled when she saw me attempt to smoke on the corner (I was seven years old at most), she didn’t tell on me.
Mrs. Osso liked to go out to dinner on occasion, and she liked to have a cocktail as well. Now, if you imagine her as I remember her, how I described her to you, perhaps you would guess a glass of sherry or maybe even an extra sweet Manhattan, but no, she enjoyed a Boilermaker. I really love, love that this tiny but strong little woman, who baked pastries and grew roses, also enjoyed a shot of whiskey with a beer chaser (or did she drop the shot in, like the actual boilermakers did?). I love it because we, as humans, form opinions as often as we breathe air, and more often than not, we are so wrong. Like how I thought my present neighbors, here in this mountain town, with a giant ‘Peace’ flag and an ‘All Are Welcome’ sign would be friendly (they are not, not at all). And, like how many people think less expensive items or services aren’t as good; like they think inexpensive wine is always shit, they are wrong, we are all wrong, quite a lot of the time, (me, especially, regarding those neighbors).
Well, look what we have here, Giuseppe Alfano Burruano has created a wine, Zabu’, for around $15 and it is definitely not shit. Like so many of these Sicilian wines, letting it breathe is a must; after it has been given due time to acclimate, you will get a nose full of earthiness, tobacco, tar and Bing cherry. For the bold flavors this wine offers, the nose is quite gentle. I could swear I picked up some oak, but all I read insisted that the wine is aged in stainless steel. However, on one review ‘woodland flowers’ were mentioned and although I am unsure what that means, exactly, maybe that is what I deduced to be my ‘oakiness’.
As always, I first tried this wine without food. Here’s what I got, an incredibly well rounded wine, giving me the fruit of Italian plums and cherries jubilee, a bit of pipe smoke, with an acidity quite like a fine balsamic vinegar reduction. The end holds and is warming, similar to the heat of bourbon, leaving the tannins to embrace your tongue. Zabu’ is quite dry. It is a wine you can sip alone, but I recommend having it with food; honestly, it was great with salted, roasted almonds. After tasting it, I decided to cook up a filet-mignon on the grill seasoned with white pepper and salt, the white pepper was just a hunch, but, it paid off. And I accompanied it with a baked potato, unhealthily smothered with butter, sour cream, chives, black pepper and salt and yes, it was wonderful. Although I did not have a chance to try it, I do feel like my spicy Hungarian goulash, cooked in a light tomato based sauce seasoned with fennel seeds, red chili flakes and rosemary would have, also, been great, or even better. Yes to salty, yes to spicy and definitely yes to meat dishes.
Based on how heavy this wine is, I would prefer it during cooler seasons or, since it is summer and you are thirsty now, a cool night, after rain would suffice, or simply turn up the air conditioning. I was digging it with the beautiful, mournful crooning of Lucinda Williams. Because of the price and because of our times and because I am hoping your neighbors are nicer than mine, this is the perfect wine for a socially distant neighborhood BBQ. Or, rather than BBQ, make a pot of spicy stew to serve the masses, vases filled with sunflowers, just after a rain, as the sun goes down. I see it on Instagram all the time, neighbors in lawn chairs, drinking, smiling, actually chatting. Alas, I don’t see it here, where I am stuck for now, not yet anyway. Allow me to heed my own advice and not form an opinion on the entire town or even the state, based on one, two or three bad apples…
Cheers!
Zabu’ Nero D’Avola